In 1985 Nana Sakyi’s former wife Osunyoyin Alake having difficulties with her pregnancy suggested we go to Tigare Okomfo Nana Kwabena Brown of the Temple of Nyame for help. Eventually we both began learning more about Akan spirituality from Nana Kwabena Brown.

In 1987 Nana Kwaku Sakyi began to experience headaches, the result of the presence of an obosom around him and at the same time an unusual incident happened to his family. Speaking to his friend and martial arts student Nana Ama Oparebea Bekoe about the event she suggested he get divination from her teacher Nana Nsiah a Larteh okomfo. Nana Nsiah divined and said something big is coming and you should prepare for it and suggested that he perform a seven days ritual to clear the way. After Nana did the rituals. Nana Oparebea Bekoe invited him to her first adae as a newly graduated okomfo. As it was getting late and he was about to leave arrived Nana Botwe who possessed her obosom invited Nana to dance which led to him possessing his obosom.

Later on Nana Sakyi and his former wife Osunyoyin Alake shared a house with Nana Akosua Nsiah who invited the head of the Larteh shrine at that time Okomfohema Nana Akua Oparebeah to the U.S. Nana Oparebeah initiated Nana Sakyi into the Larteh shrine and left him in the charge and guidance of Nana Akosua Nsiah. The obosom that possessed on Nana Sakyi was an ancient Bono obosom from the Tanɔ River in Takyiman, Ghana and would eventually reveal himself little by little to Nana Sakyi during his training. After two years of training, the obosom came to Nana in a dream and showed him his river, his town and instructed him to go there for training. Nana Sakyi had two dreams that were instrumental in persuading him to make the decision to go to Ghana and train. In the first dream, Nana saw himself climbing up to a level, which looked like a room in another dimension. As he was pulling himself up he noticed there was a very dark muscular figure dressed in dark colors sitting against what looked not so much like a wall but atmosphere. The whole room or dimension was so airy and atmospherically filled with white light that Nana could not distinguish up from down. This imposing figure sat there with arms folded on his knees and head resting on his folded arms so that his face was hidden from view. In his right hand he held a cutlass. As Nana continued to pull himself up he gasped as he saw himself in the presence of a compelling site of a obosom. The second dream also showed the obosom’s river. Nana saw himself flying like a bird with arms outstretched over a river that meandered. He knew that the river represented his obosom. The river seems to traverse great distances and was pure, clear and peaceful. He saw tall trees reaching up to the sky. In these trees he noticed women dressed in white with head wraps tending to their children. The river would bend and straighten, flowing endlessly.

During this time a long distance away in Takyiman, Ghana, West Africa Nana Kofi Effa’s abosom foretold that a stranger would come from far away to be trained.

In 1989, guided by his intuition Nana embarked on his life’s journey. Not knowing where to go, Nana sought the advice from his dear friend and mentor Nana Kwabena Brown. Nana Brown gave him a promotional flyer of the acclaimed documentary “Bono Medicine” featuring a witch catching okomfo Nana Kofi Effa, Asuobonten Obosomfoo Nana Kofi Donkɔ, (who both would became his teachers), and Afra Obosomfoo, Nana Kofi Owusu . He saw on this flyer these akomfo were from a town in Ghana called Takyiman.

Nana needed addresses to go along with these names, so he consulted the advice from the Ghanaian Embassy. He was asked a very important question that forever would change his life. Which Takyiman are you referring to, Old Takyiman, or New Takyiman? Nana pondered and thought to himself, what he experienced had to be old, so he said Old Takyiman, the man said he has only one address and it is of the only secondary school in that town. Nana wrote three letters to the names mentioned on the flyer, only Nana Kofi Effah responded and invited him to come and train.

Invited by Nana Kofi Effah, Nana Sakyi travelled to Takyiman. Nana Effa greeted and welcomed him then took him to greet his god Asuotipa. Nana Effa poured libation then gave Nana Sakyi alcohol to pour libation to welcome his obosom and waited for it to come and greet. Nana Sakyi soon possessed his obosom. After they were finished Nana Effa took him to greet his family elders his father Nana Donkɔ (Asuobonten obosomfoɔ), his mother Akua Monofie, his aunts and Nana Donkɔ’s sisters Nana Adwoa Akumsa (Akumsa okomfo), Nana Asuobonten and others. The family heads met and decided that since Nana Sakyi came a great distance to train without any family representation something had to be done. Normally the one to be trained is accompanied by the family head who is the spokesperson and negotiator of the training. They understood that Nana Sakyi was not familiar with their protocol and culture and it was decided that Nana Kofi Donkɔ (father to Nana Effa) would adopt Nana Sakyi as one of his sons and give him his family name, Sakyi.

Culture, gratitude and accurate historical record demand that Nana’s interpreter and Okyeame, Kofi Sakyi (son of Nana Kofi Donkɔ) be mentioned for his indispensable service and role as a communicator between Nana and his teachers during his training. 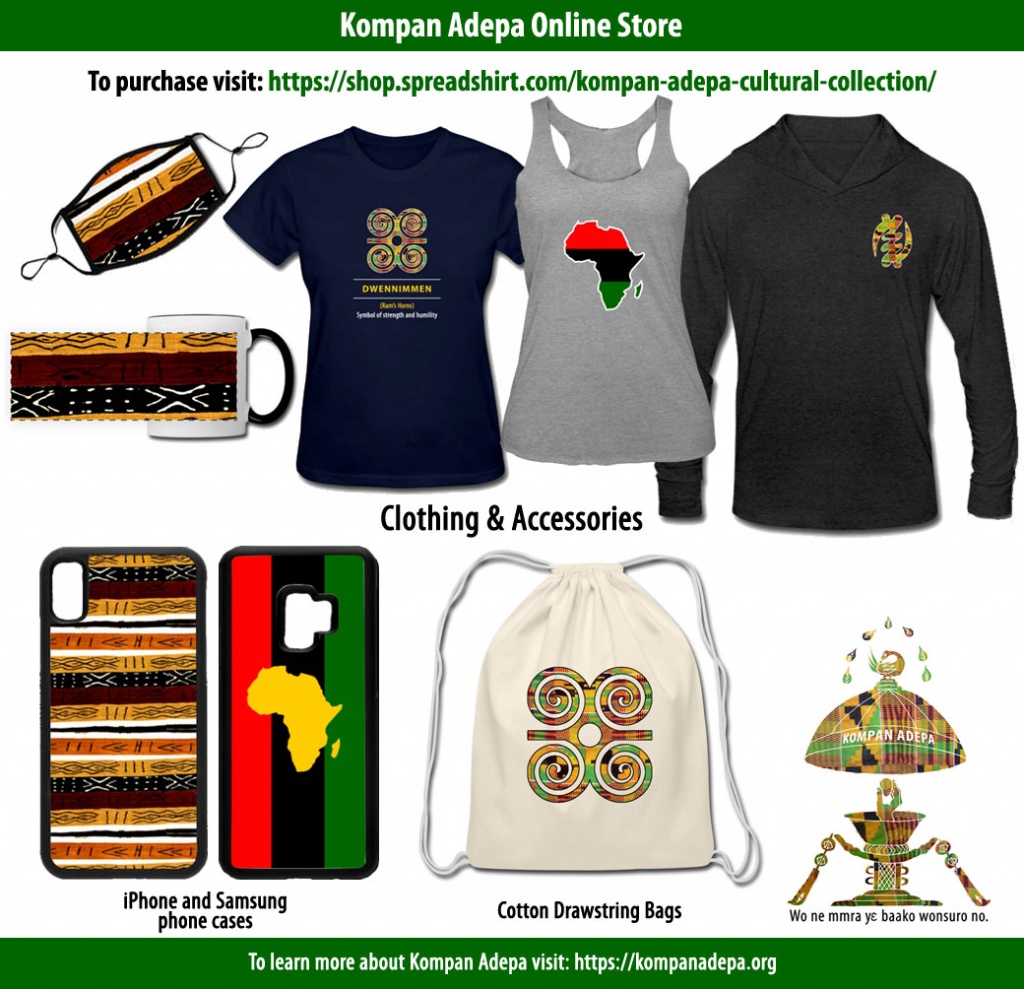